Centennial is a south Denver community of about 110,000 residents popular for its suburban housing, award-winning school districts and outdoor recreation opportunities. Located just 16 miles south of downtown, Centennial is also attractive for its proximity to the Denver Technological Center, Park Meadows shopping center and the Cherry Creek State Park. These are just a few of the reasons mentioned in a recent community survey in which Centennial was rated as a “good” or “excellent” place to live by the majority of respondents. The results also showed that 93 percent agreed Centennial is a good place to raise kids, and 74 percent agreed that it was also a great place to retire. Corken + Company is here to highlight all of the great assets in Centennial in hopes of becoming your partner and Centennial Realtor.

And, as a young city that was just recently incorporated in 2001, Centennial is sure to see continued growth and development of its community offerings in the coming years. Continue reading to find out if buying a home or selling a home in Centennial might be a great choice for you!

Types of Housing in Centennial

One of the benefits that a Centennial Realtor may express to you is that there is a variety of housing options in Centennial from apartments and townhomes to subdivisions and spacious lots of land. The median home value here is about $410,000, a figure that has been on the rise in recent years and is expected to continue as the Denver metropolitan area remains one of the fastest growing regions in the country. About 80 percent of homes in Centennial are owner-occupied, while 20 percent are rentals. The average rate for a one-bedroom apartment is around $1,400 per month.

There are more than 41,000 housing units in Centennial across 29-square-mile area and it is the tenth most populous city in Colorado. Some of the more affordable neighborhoods include the Knolls, Willow Creek and Piney Creek areas while some of the more exclusive properties can be found in the Piney Creek Ranch, Chenago and Estancia areas. Other popular neighborhoods include Southglenn, Greenfield and Cherry Knolls.

Raising a Family in Centennial

Centennial is considered to be a very family friendly city thanks to its reasonable cost of living, variety of schooling options and access to parks and playgrounds. In fact, in 2017 ApartmentList named Centennial as the most family-friendly city in Colorado. The median age of Centennial residents is about 41 years old, and the average people per household is 2.7, indicating that a lot of young families live in the area.

There are about 74,000 residents enrolled in academic institutions in Centennial, with 12 percent enrolled in preschool programs, 40 percent participating at the elementary level, 25 percent in high school and 24 percent in college or graduate studies. The city is served by both the Littleton Public School and Cherry Creek School districts, contributing to about 50 school buildings in the surrounding area. Both public districts have received numerous awards for their consistently high test scores and enriching athletic programs. In addition, there are several private and charter schools available. Centennial’s wide variety of schooling options is undoubtedly one of its most attractive qualities for those who choose to live here.

Centennial is home to more than 6,100 registered businesses providing more than 60,000 jobs in top industries like educational services, health care, real estate, finance and retail. Some of the area’s top employers include Comcast, United Healthcare, Oppenheimer Funds, Arrow Electronics, Nordstrom and US Foods. The city’s unemployment rate is just under three percent and its median household income is around $93,000 per year, partly due to a skilled workforce in which 54 percent hold college degrees and 15 percent hold graduate degrees.

Although there are a lot of companies located in Centennial with more re-locating to the area each year, many people commute for work to nearby business hubs like downtown Denver (about 16 miles away), the Denver Tech Center in Greenwood Village (about four miles away) and the Denver International Airport (about 30 miles away.) This makes a great selling point for homes, and a great opportunity to sell a home in Centennial. In a recent survey, about 80 percent of Centennial residents reported commuting alone by car and 10 percent reported that they carpool or use public transportation, most likely via the RTD light rail system with provides several stations in and around Centennial.

One reason to buy a home in Centennial is that there are an abundance of activities and entertainment opportunities from shopping and dining to golfing and pampering. And, if it can’t be found down south, the city’s unique layout across Interstate 25 (one of the state’s main thoroughfares) makes trips into Denver and its surrounding suburbs a breeze.

This laid-back ‘burb embraces its 300-plus days of blue skies and sunshine—a Colorado trademark—by offering outdoor access year-round. Residents can often be found lounging on sun-drenched patios sipping craft beers, strolling shops along outdoor promenades, exploring nearby trails and gathering in neighborhood parks for community-hosted concerts and events. When the weather isn’t cooperating, there are movie theaters, coffee shops, libraries and recreation centers to entertain.

Most Centennial citizens are health-conscious and fitness-focused. According to Livability.com, more than 80 percent of residents maintain a healthy BMI, engage in regular physical activity and are non-smokers. The city’s unique, south-central location is served by both the South Suburban and Arapahoe County parks and recreation districts providing endless opportunities for active pursuits, including paved and natural trails, community parks and playgrounds, creeks, golf courses and protected open space areas.

The 4,200-acre Cherry Creek State Park is located just north of the city featuring trails for biking, jogging and horseback riding, camp sites, a reservoir for boating and swimming as well as an enclosed (yet expansive) dog park. The Parker Jordan Centennial Open Space encompasses the newest portion of the Cherry Creek regional trail, a paved bike path that extends from downtown Denver to Castlewood Canyon State Park in Castle Rock, located 20 miles southwest of Centennial.

Located in the heart of town, adjacent to the city’s civic center, the 11-acre Centennial Center Park is the city’s crown jewel. Unveiled in 2012, the development features an amphitheater for outdoor concerts, native plant landscaping, picnic areas and an award-winning playground boasting a rock climbing wall, a “splash pad” waterpark and enrichment activities for all ages.

Other notable recreational areas include the Willow Creek and Foxridge open spaces, Dove Valley and Parker Jordan parks and the Saddlerock and Inverness golf clubs.

The Streets at Southglenn is Centennial’s shopping, dining and entertainment epicenter housing more than 30 retail stores, 20 restaurants and bars, a movie theater and a luxury apartment complex. Visitors can spend a whole day browsing a range of shops including well-known apparel retailers like Old Navy and H&M, boutiques, department stores like Macy’s and Marshall’s and specialty stores for jewelry and housewares. Beauty and wellness services are also available like day spas, hair and nail salons. The area is also a popular place to catch a movie at the 14-screen theater and for community events like live music, markets and holiday festivities like carriage rides and ice skating.

Southglenn is also home to a variety of restaurants offering everything from fast-casual concepts like Smashburger and Qdoba to upscale eateries like Ivy at the Glenn. Local favorites are also represented including the ever-popular brunch spot, Snooze. Several bars, coffee shops and markets are also available, including a Whole Foods grocery store.

Another popular area is the Centennial Promenade, located adjacent to the Park Meadows Mall, featuring stores like REI, Toys R Us and Guitar Center and bars and restaurants like Rock Bottom Brewery, Jason’s Deli and Buffalo Wild Wings. Also nearby is Colorado’s first IKEA superstore, an international favorite for furniture, home design and furnishings (its in-store cafeteria serving Swedish treats like meatballs and desserts also has a cult-like following.)

Centennial has an impressive collection of craft breweries including Rock Bottom Brewery, Blue Spruce Brewery, Halfpenny Brewing, Resolute Brewery, Two22 Brew and Lost Highway Brewing Company. The city even created an interactive guide to help visitors navigate the local brewing scene, an innovative features which is not only great for residents and locals, but provide a popular attraction for tourists as well.

Centennial is a sociable community and the city plans and hosts a variety of events throughout the year to bring neighbors together. Many events are held at the Centennial Center Park, like an annual Colorado Chile and Salsa festival, Centennial Under the Stars concert series, summer movie nights and a chalk art festival and a holiday light display. Other events are held at the Streets of Southglenn, like concerts, farmers markets and a holiday ice skating rink.

As you can see, Centennial already has a lot to offer as a great place to work, live and spend time with family. It will be exciting to watch this vibrant, young city grow in the coming years as it continues to develop its services and amenities. Corken + Company hopes for the opportunity to be your Centennial Realtor. 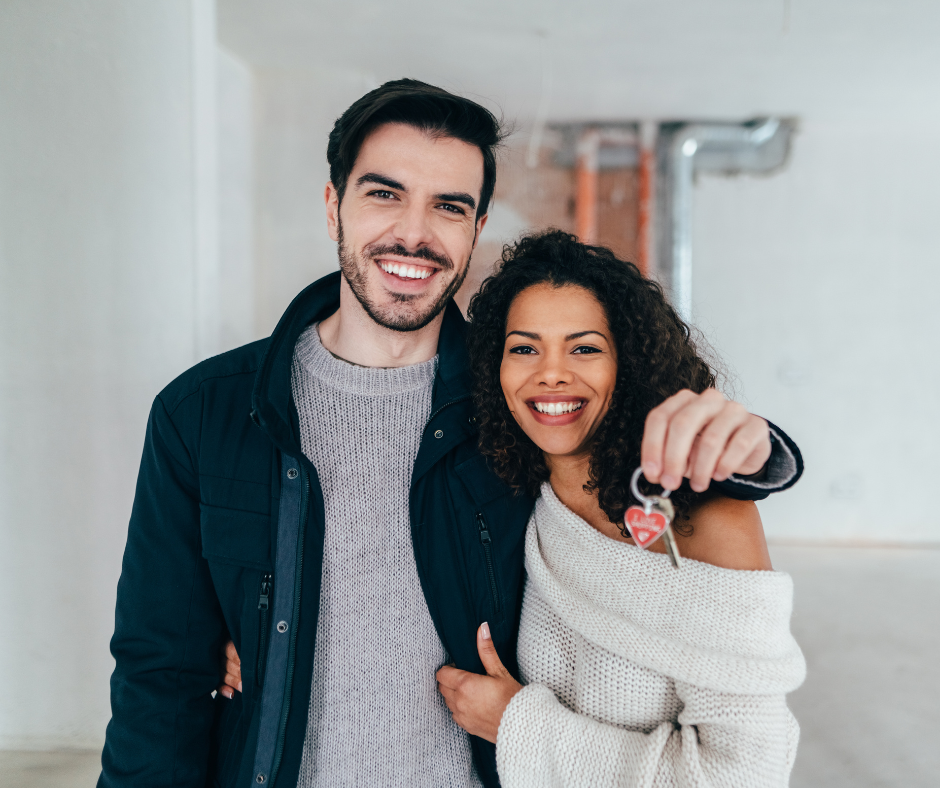